A stone engraved on a castle wall traces the history of this manor house with complex architecture.

The first was the Roman Ligiscus giving its name to the place that became Ligecourt. A glass production is founded there. Jehan de Thyssac built in 1413, next to the chapel, a fortified house, known as the square tower, destroyed by war in 1407. Nicolas de Hennezel raised the ruins, erected castle, "usuaires" and enclosures which were razed in 1635, after Darney, by Swedish and French. Anne de Grandmont rebuilt the main building from 1703 to 1732.

The most interesting building remains the tower of Jehan de Thyssac: these are the only important remains of a fortified house of gentleman glassmaker.

> Castle can be sawn on the circuit 7 "Sentier des roches" marked blue disc by the Club Vosgien (Booklet on sale at the Office - 5€). 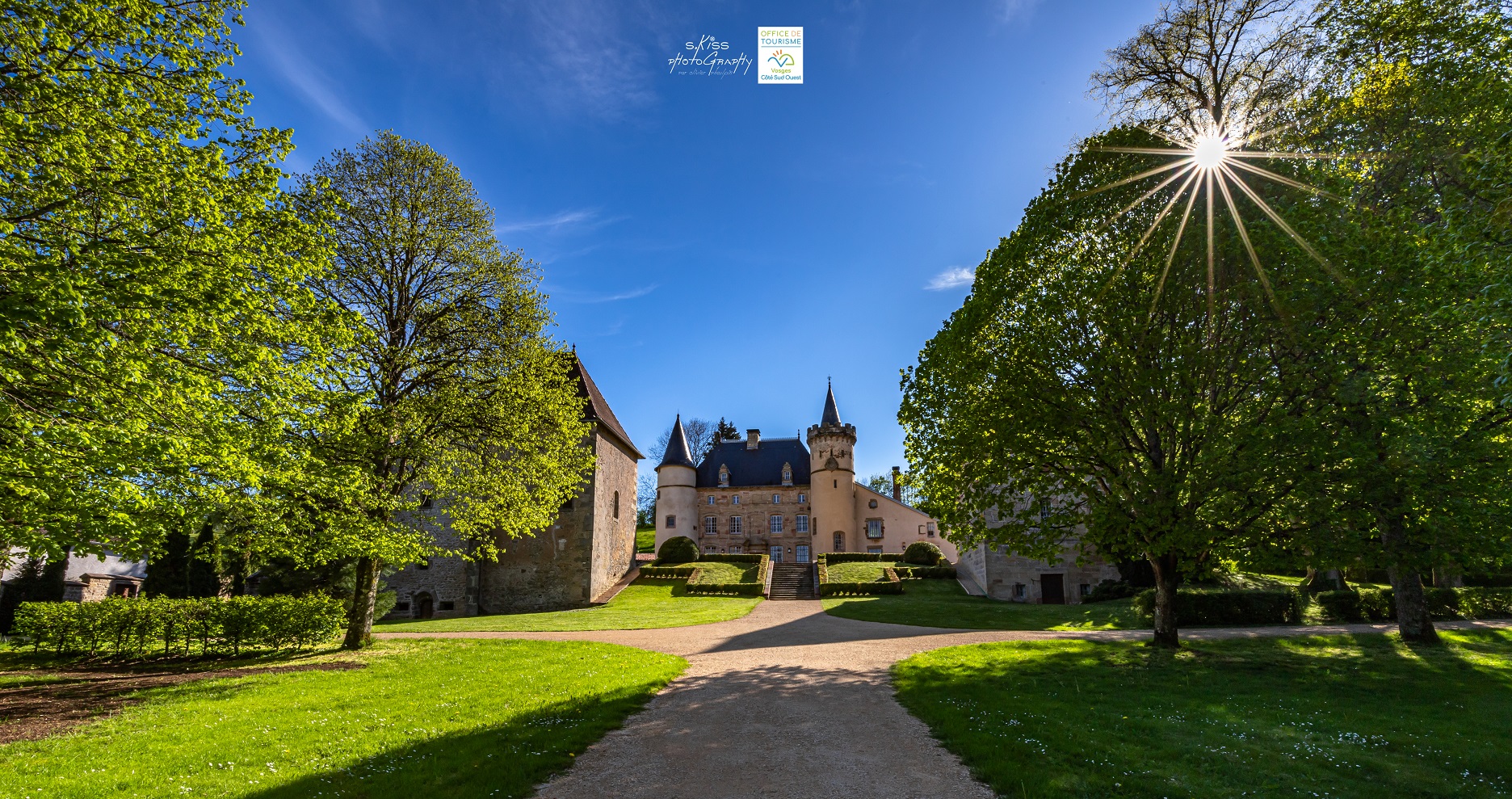 Usuaire: word of Lorraine origin. What is common to a village, a community (courtyard, garden, poultry yard, etc.)